“Moonlight” undoes our expectations as viewers, and as human beings, too. As we watch, another movie plays in our minds, real-life footage of the many forms of damage done to black men, which can sometimes lead them to turn that hateful madness on their own kind, passing on the poison that was their inheritance. -- Hilton Als, The New Yorker 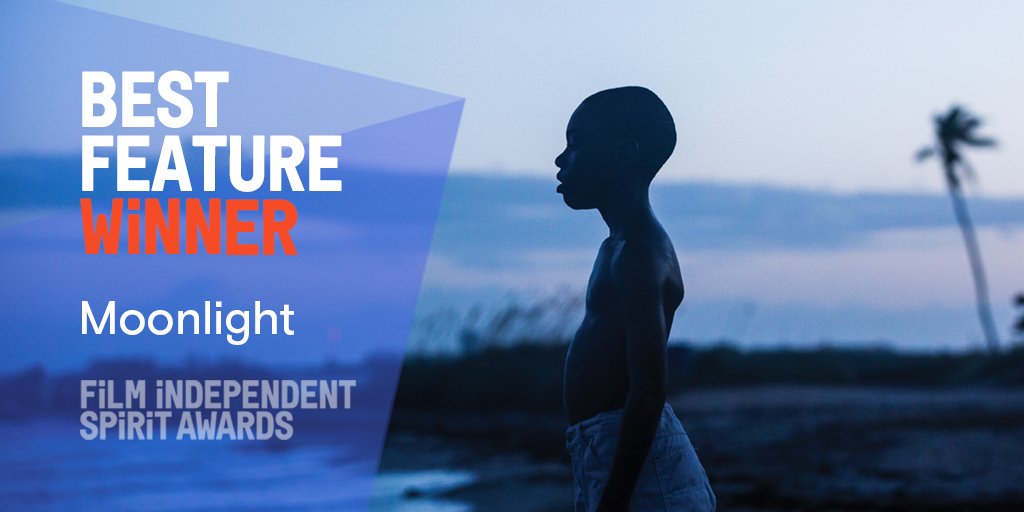 “Who is you, man?” Moonlight traces the journey of young Chiron, making his way through life in Miami. The film presents that journey in three chapters -- "Little," "Chiron," and "Black" -- with the character played by three remarkable actors. At once nuanced and magical, Barry Jenkins' movie makes visible a series of vivid, haunting stories.

Adapted from a play by Tarell McCraney, this unusual structure helps to create formal and narrative fluidities. These reflect Chiron's struggles and aspirations, his efforts to survive in a violent world, with his love for a mother (Naomie Harris) who's an addict, his admiration for his mentor Juan (Mahershala Ali), and his own shifting set of desires and self-understanding. These fluidities also introduce the film's experiments in form, its movements across time and into subjective states, where words can't quite express experience, hopes, or fears.

"Like all great films," writes David Sims, "Moonlight is both specific and sweeping. It’s a story about identity — an intelligent, challenging work that wants viewers to reflect on assumptions they might make about the characters. It’s also a focused and personal work, a mental odyssey about the youth, adolescence, and adulthood of Chiron, who is growing up gay and black in Miami. From start to finish, the director Barry Jenkins’s new film balances the scope of its ambitions: The story weaves random memories and crucial life experiences into a tapestry, one that tries to unlock the shielded heart of its protagonist."

Called "one of the essential films of 2016," Moonlight is nominated for multiple Academy Awards. The film won the Golden Globe for Best Drama, African-American Film Critics Association's Award for Best Film, the AFI Award for Movie of the Year, the Alliance of Women Film Journalists' EDA Award for Best Picture, the Gay and Lesbian Entertainment Critics Association (GALECA)'s Dorian Award for Film of the Year, and the National Society of Film Critics Award for Best Film, among many others. Mahershala Ali won the Screen Actors' Guild Award for Outstanding Performance by a Male Actor in a Supporting Role (see his acceptance speech here).

Our discussion leader will be Keith Clark, Professor of English and African and African American Studies.

Our event is sponsored by LGBTQ Resources, Film and Media Studies, Film and Video Studies, Office of Diversity, Inclusion, and Multicultural Education, African and African American Studies, and University Libraries.